“Great art is essentially timeless. The fact that people want to put it into a time frame is fine, but the actual resonance of it has nothing to do with the time it is made in.”

I reference him all the time on this blog, the co-founder of Stuckism and Remodernism. Working with Charles Thomson, Billy Childish defined the first significant art movements of the 21st century. Their comprehensive critiques of art world excesses recognized the culture had at last reached a dead end. Corrupt Post Modern stylings of sophistry and status signalling have led to a crisis of relevance in the arts. The only way forward is the resurgence of first principles: art as a form of spiritual communication, where personal expression transcends into universal communion.

But with the general lack on knowledge about contemporary art that exists these days outside the elitist art bubble and the maneuverings of the entitled culture industries, I see the need to share more about this cantankerous creative. Who is Billy Childish?

A man of many hats

Childish does more than paint. He’s the masculine face that unwittingly inspired countless hipster handlebar mustaches.  He’s a dyslexic writer of painfully frank confessional books. He has been making raw garage rock since the punk 1970s, as front man of Thee Headcoats and many other variations. He’s failed to cash in with admirers like Kylie Minogue and Jack  White of the White Stripes, by giving them his honest opinion of their own musical efforts. He even left the Stuckist group shortly after he helped to codify their mission.

You won’t find much by Billy Childish on many art quote sites, but as an intriguing multimedia figure with lots to say, interviews with him are plentiful. I find wisdom in his words and excitement in his ideas. His example shows a way to create with integrity in today’s confused and troubled times.

“We are all creative but some of us have it in our nature, or necessity, to maintain this and give whatever art form we choose preeminence in our lives. I believe that all these attributes are non-personal and from God: any minor investigation into reality will reveal that we create nothing within the universe; we merely manifest within it. What we are is not very clear to us.”

“I’ve dubbed myself as an amateur, not because I work in different field, but because I do what I do for love.”

“Art hasn’t got any better than the art that was made in the caves, but that doesn’t stop anyone doing it—it remains relevant, this very strange joining with the creator, picking up a burnt stick and joining in with creation.”

“People often talk about how contemporary art’s a success if it reflects who we are in a material, low way. Some people need that. Whereas I try to reflect who we really are—transcendent, spiritual beings which are not fixed in time at all.”

“Tradition is the platform to freedom.”

“In the past, I painted from a dark place and although no one liked that work at the time, it’s what people like now, because today people think that dark is cool. But I’m not interested in ‘cool’ in music, art or life, or even ‘cool’ as a term. I’m more interested in beauty and truth… it sounds so simple but it’s hard. I mean, that feels right, but how you get out of the way and commune with that? Because that is God. That is communing with God and finding a way to get out of the way and drop the bullshit. The struggle is to stop struggling and just drown in it, but that is difficult – we all want to be glamorous and get fucked-up because it seems much more compelling.”

“Writing manifestos and forming groups is a way of playing a game, and playing is very important because it gives us a lightness of touch in all this difficulty…To engage in the world in playful way is to really honor the fleeting nature of being and existence.”

“Before my ‘overnight success’ five years ago, I was surprised I rarely sold paintings, now I’m just as surprised that I do. But either way I just paint—doing as the painting requires—I’m its obedient servant.”

“It is an artist’s duty to be on the wrong end of the see-saw.”

“Recognizing the world is what growing is, and recognizing truth is what growing is. There is no teaching as such. When you find out any great truth, you think, “I already knew that!’ It’s the same if you read a great book, you sometimes think, ‘I should have written this… I think I will!’ That’s what great art and music does – you encounter it and you think, ‘I should have done this… and I will!’”

Billy Childish in his studio 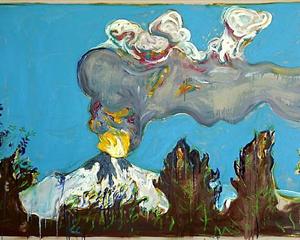 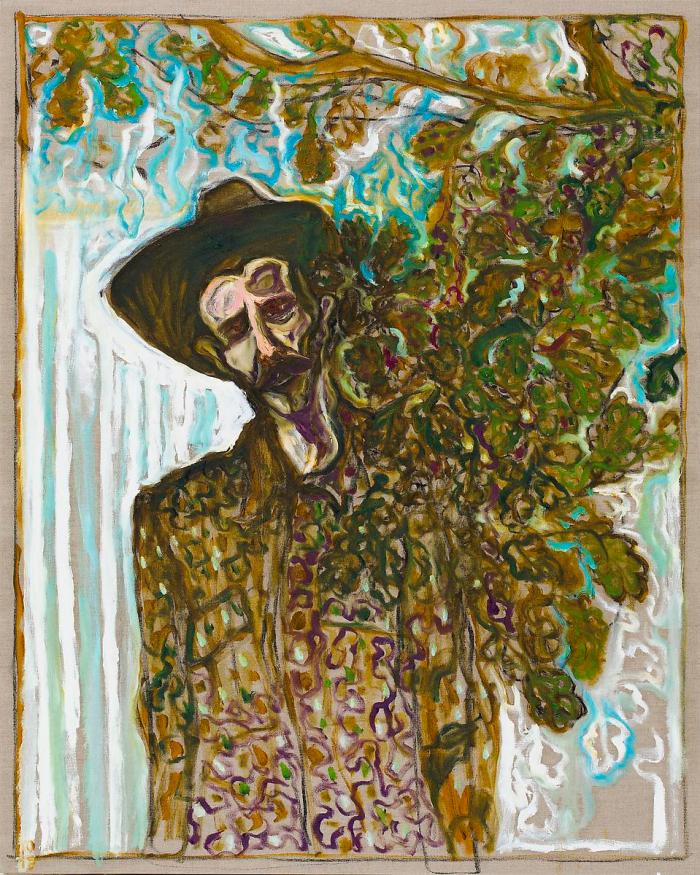 Billy Childish “Edge of the Forest”