Rep. Ken Buck presses Attorney General Merrick Garland on the value of Hunter Biden’s art, highlighting that one piece has sold for more than the average house in America. Buck then called for an investigation into the president’s son.

I wrote about the Biden Crime Family’s art/money laundering racket before the really big 2020 fraud went down: HUNTER BIDEN IS TRYING TO CASH IN ON THE REDEMPTIVE POWER OF ART

The NY art gallery where the Biden crime family will be running a money laundering scheme this fall got tagged by an attention seeking “agitator” on July 9, 2021.

Rod Webber is known for previous stunts like eating the infamous “$120,000 banana duct taped to a wall” conceptual artwork by Maurizio Cattelan (read more about THE AWFUL ARTIST BEHIND THE $120,000 BANANA). In 2019 he ran for office using the name “Rod Epstein Didn’t Kill Himself.”

Webber is accused of arriving at the West Broadway gallery around 4 p.m. Friday and spray painting Daddy backwards on the wall.

He told a police officer “I was trying to paint the phrase, ‘Daddy is a war criminal,’ ” a prosecutor said Saturday at Webber’s arraignment in Manhattan criminal court. He was charged with assault, criminal mischief, attempted assault, making graffiti, and possession of graffiti instruments.

Webber is just trying to insert himself into controversial situations to bring attention to himself, but at least he’s calling out the blatant bribery which is going on. I doubt Hunter even made the “art” the gallery will be hawking. In 2020 I wrote about the corrupt scheme here: HUNTER BIDEN IS TRYING TO CASH IN ON THE REDEMPTIVE POWER OF ART.

I was wrong about something in that earlier article: Joe Biden did become the Democrat nominee.

However, I was correct in expecting Biden would not be elected as President.

RICHARD BLEDSOE is a visual story teller; a painter of fables and parables. He received his BFA in Painting from Virginia Commonwealth University. Richard has been an exhibiting artist for over 25 years, in both the United States and internationally. He lives and paints happily in Phoenix, Arizona, with his wife Michele and cat Motorhead. He is the author of Remodern America: How the Renewal of the Arts Will Change the Course of Western Civilization:

“Remodernism is not a style of art, it is a form of motivation. We express the universal language of inspired humanity.

“We do not imitate what came before. We find in ourselves the same divine essence of love and excitement which has inspired masterpieces throughout history. We are strengthened by drawing on traditions thousands of years old.

“We integrate the bold, visionary efforts of the Modern era into a holistic, meaningful expression of contemporary life. Remodernism seeks a humble maturity which heals the fragmentation and contradictions of Modernism, and obliterates the narcissistic lies of Postmodernism.

“Remodernism is the return of art as a revelation.” 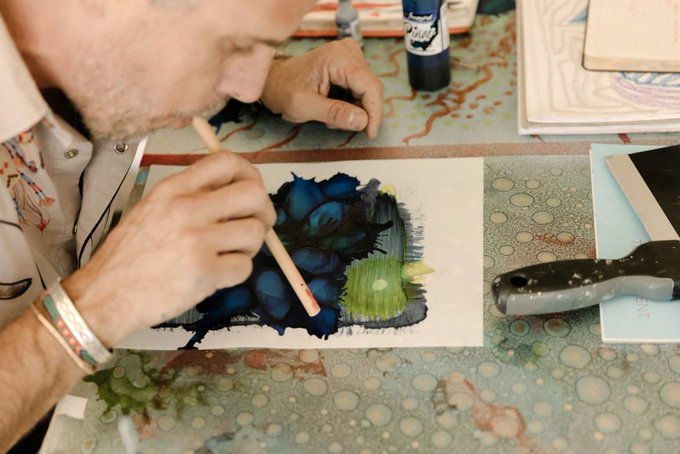 Hunter Biden Discovers Another Meaning for the Word “Blow”

“In a closed society where everybody’s guilty, the only crime is getting caught. In a world of thieves, the only final sin is stupidity.”

If the quote above were more recent, the maniacal journalist Hunter Thompson could have been describing another Hunter: Hunter Biden, the hapless offspring of the infamous political hack and dolt, Joe Biden.

Younger Biden and his dad are players in the combination criminal enterprise and psy-op gambit that is our current New Aristocracy of the Well Connected. As such, they are supposed to be above any consequences for their various idiocies and misdeeds. But Hunter Biden has been such a visibly public mess he has earned some critical scrutiny. From dating his recently deceased brother’s widow, to being booted from the Navy for cocaine use while daddy was Vice-President; from acting as bagman for traitorous international bribery schemes, to impregnating Arkansas strippers; Hunter exposes blatant corruption right in the inner circle of those who would rule over us as our superiors.

I do not expect the obviously senile Joe Biden will be President, or even the Democrat nominee. He’s a place holder, keeping the position open for She Who Must Not Be Named Yet Because No Way She Has the Stamina to Campaign. Rhymes with “Pillory Swinton.” But the stink of scandal must be lifted from around the pretend front runner. Buried under the media’s histrionic Wuhan Virus narrative was the recent news Hunter has settled with his stripper baby mama for an undisclosed sum, which also left his dubious finances undisclosed. But how else can the handlers flip the script for the dim son who keeps getting caught?

They’ve come up with a novel scheme. Suddenly, via the New York Times, we find the out the ne’er-do-well coke fueled lecher and money launderer…is actually a sensitive artist.

Hey, it’s worked for some other political boogeymen, from George W. Bush, to Winston Churchill. Showing an engagement with art softened the cultural perspective on these divisive characters. So the spin is being spun for the Hunter Biden redemption story arc. He already scooped up a trophy wife after a week long relationship-see, womanizing bad boy no more! But trying to shoehorn Hunter into the role of formerly-troubled creative is going to take a lot more work.

The Gray Lady gushes in the nauseatingly titled There’s a New Artist in Town. The Name Is Biden:

“As an undiscovered artist, he is better situated than most: living in a rented, 2,000-square-foot house in the Hollywood Hills off Mulholland Drive, with a Porsche Panamera in the driveway, plenty of natural light and a pool house he has transformed into an art studio.”

What is his art? It seems to be mainly blowing ink around into abstractions that might suggest nature imagery. This is a project I literally did in elementary school art classes, but without any press coverage involved. Calling yourself an abstract artist removes any expectation there needs to be talent or skill displayed in the finished products. 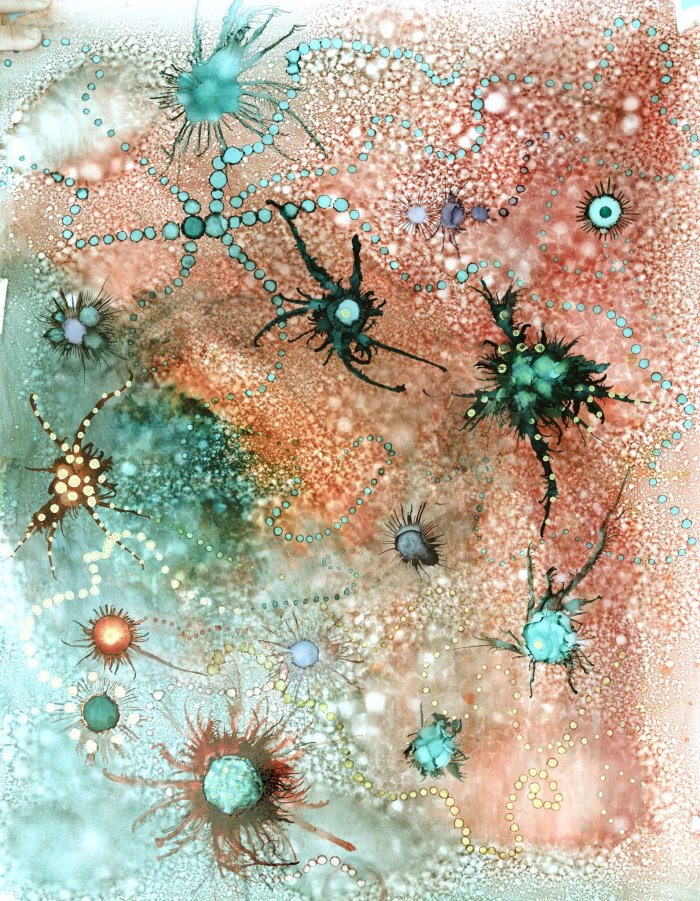 Or is the art world just an extension of the same cons he’s used to? Graft, influence peddling, tax evasion, insider deals, market manipulation-yep, that’s the contemporary art market all right. And then there’s this: one of Hunter’s “art-world connections:” 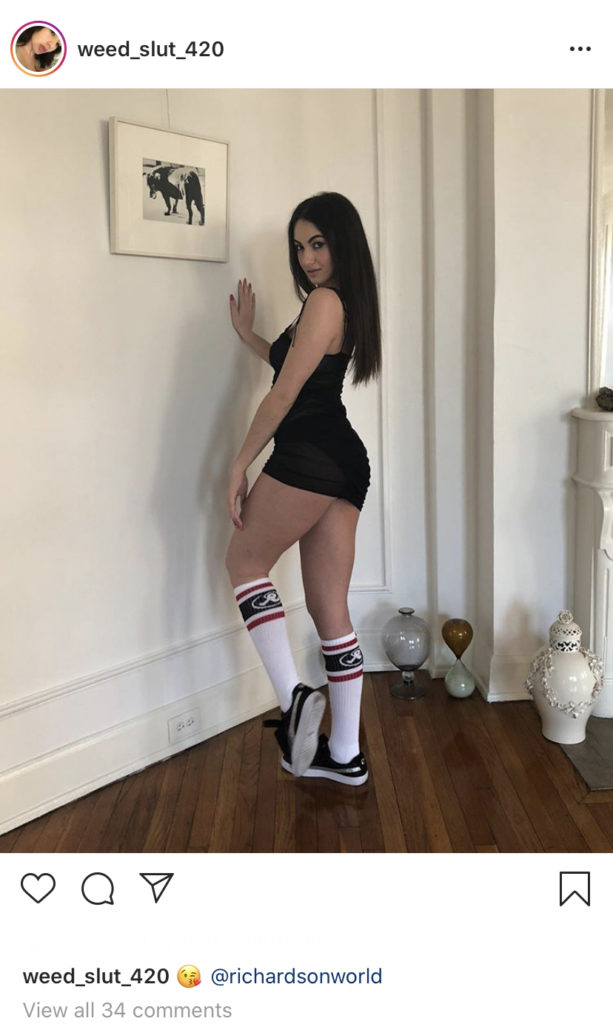 Biden’s Art World Hookup: The Name Says It All

As reported in Artnet News:

“For a period in 2018, Biden could be seen stopping by art openings and parties on the Lower East Side, and attended a runway show for the hip downtown fashion brand Lou Dallas. Sources said that many of his art-world connections came through his relationship with Zoe Kestan, the lingerie entrepreneur who is better known by her Instagram handle @weed_slut_420.”

So we are supposed to accept that Hunter Biden has left his sordid past behind and embraced the rarefied existence of an artist. We should overlook that under elitist mismanagement, the alienating and irrelevant visual arts institutions are just another venue for corruption, financial games, and the abuse of power. This stuff is so clumsy and obvious these days. Either the establishment just doesn’t care enough to do convincing hoaxes any more, or they are too dumb to pull them off effectively. It could be both!

As I state in my book, Remodern America: How the Renewal of the Arts Will Change the Course of Western Civilization:

“Hierarchy is a natural phenomenon. It exists for all forms of life. Humanity is unique in that we form our power structures based on thought instead of the more typical biological imperative of brute force. We’ve used our minds to make ourselves the acting masters of the world. We’ve created systems that sustain vast populations.

“However, our comfortable dominance introduces a potentially dangerous flaw. Our hard won heritage of civilization has created an environment where the apex positions in society no longer have to be earned. Status is bestowed for any number of arbitrary reasons: family ancestry, inherited money, sociopathic determination, political expediency, effective networking, or boutique servicing. This means those who wind up at the top might not really belong there at all. In America, there’s no better example of this absurdity than our current crop of politically educated bicoastal elitists.

“It’s why the establishment types put so much emphasis on credentials, instead of real world achievements. It’s why so many of them spend vast amounts of money on useless college degrees. The collection of resume-polishers is endowed with vast prestige. “Failing up” is a common establishment phenomenon; botch your current role, and get moved to the next rung up the ladder. The inner party takes care of its own.

“While many professions require rigorous training, that’s not true of many forms of our current establishment’s closed system of accreditation. What establishment-approved credentials often do is certify membership in the club. Those who have successfully navigated the filtering system proved they can play the reindeer games of the elitists. They will hold the correct opinions, support the same views, and signal the same virtues as the rest of the special tribe.

“Sadly, our elites have shown themselves to be far from truly advanced. Their actions expose them as defective characters, propped up in positions far beyond their capacities. Of course these pretenders embraced the fog of Postmodernism as a means to cover up their fundamental incompetence.”

Getting a serious write up in in the Times for juvenile art stylings is quite a credential polisher. But no amount of unearned accolades can create a legitimate artistic experience. 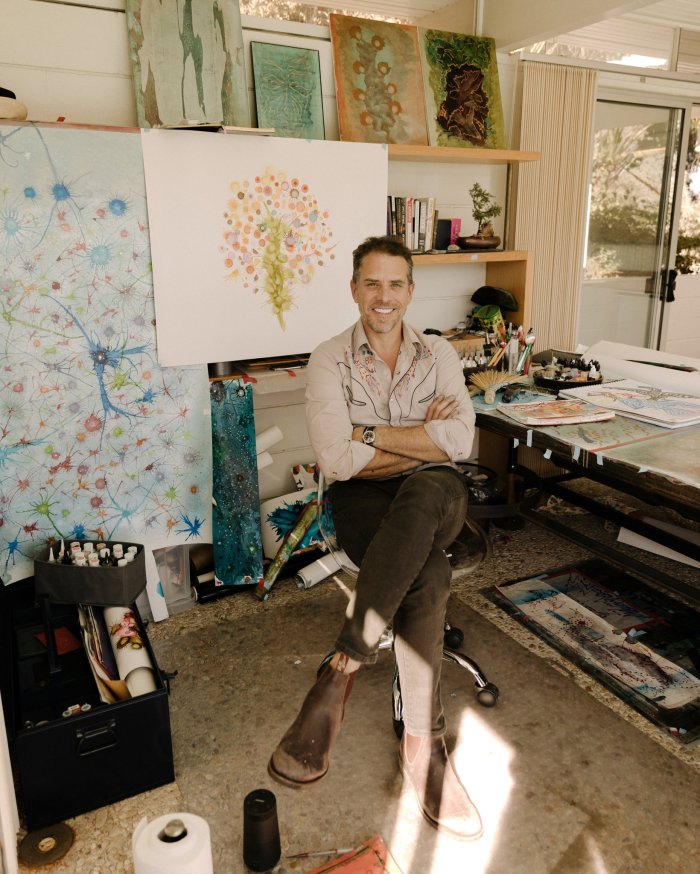 I don’t fundraise off of my blog. I don’t ask for Patreon or Paypal donations. If you’d like to support the Remodern mission, buy a book. Or a painting. Please send any inquiries to info@remodernamerica.com. Thank you!