The Stuckists at Cass Art Islington

In April, I am honored to be included in an exhibit with an international group of artists. In “The Stuckists at Cass Art Islington,” I will be showing alongside artists from the UK, USA, Spain, France, Australia, China, Russia, Greece, and the Czech Republic.

There are a lot familiar names participating in this exhibit. Many of the same artists were featured right here in Phoenix, Arizona’s 2014 exhibition International Stuckists: Explorers and Inventors. In this blog I’ve previously featured Ron Throop and Alexey Stepanov in their collaborative project, Round Trip Stuckism. And I’ve been fortunate enough to interview Charles Thomson, the co-founder of both Stuckism and Remodernism.

The ideas Thomson documented in his writings have inspired artists from all around the world, as this show demonstrates. Along with co-founder Billy Childish, they created manifestos which describe an open source art movement entirely different from the corrupt, elitist art market status quo.

Their passionate articulation of art practices based on authenticity, revelation, and connectivity changed my life when I stumbled across them so long ago, during some random late night internet surfing. They communicated in bold, frank language observations I had also made, mostly to myself, about the failures and potentials of the contemporary art scene. I never was able to present my thoughts in such a concise fashion before though. I learned much from their example. Stuckism/Remodernism has been inspirational to me not only as a painter, but as a writer and an arts activist as well.

Billy Childish moved on to follow his own idiosyncratic path, but Charles Thomson has stayed to do the hard work with the movement. He has lent his organization skills, encouragement, and enthusiasm in creating opportunities throughout a worldwide community, currently listed as 236 groups in 52 countries. He has made the grassroots go global.

Some day I hope to be able to make a personal appearance at one of Stuckism’s international shows, wherever it may be.

The Stuckist gives up the laborious task of playing games of novelty, shock and gimmick. The Stuckist neither looks backwards nor forwards but is engaged with the study of the human condition. The Stuckists champion process over cleverness, realism over abstraction, content over void, humour over wittiness and painting over smugness. 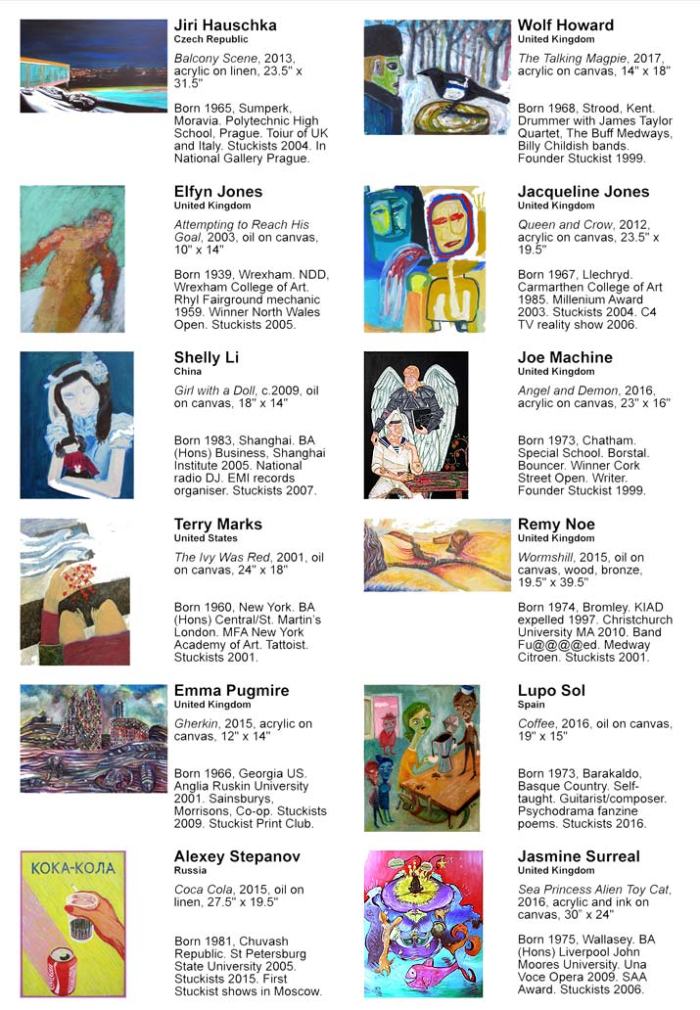 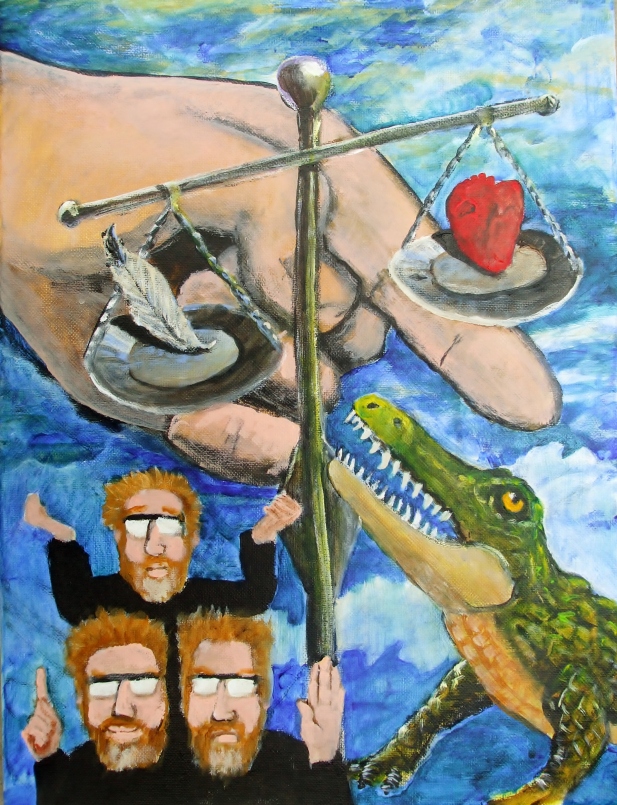 September 28 is my birthday, and this year my Libra nature is being celebrated in an upcoming exhibit in London, England: “The Stuckist Astrology Show,” on November 19, 2016.

Now I don’t believe the stars control our fates, or can be used to tell our fortunes. But life has proven to me again and again the time of year a person is born does seem to influence their personalities.

Why would this be the case? I have no idea. But my observations show me the universe is full of patterns, cycles, all evidence of the great underlying order beyond our limited human perceptions. The pseudo-science of astrology is the result of centuries of study on human behavior. Somehow we find echos of our souls projected out into a cosmic scale; around and around we all go, playing our variations of the 12 eternal roles manifested in symbols of animals, mythical beasts, and one inanimate object: the Scales.

I’m full of Libra traits that mark me as distinct from friends and family. I have a hard time making up my mind, and can see both sides all too easily. The Libra experience aims for balance, but the only way to get there is bobbing up and down, switching back and forth; the equilibrium is hard to achieve. But the process is full of moments of bliss and peace.

The painting I sent to England shows the experience in an oblique way. Since the piece was for a Stuckist show I worked rapidly and with exuberance, to create a painting with figurative elements. There is imagery suggested by a different set of ancient legends-the final test of the Egyptians.

Because for all their graciousness, dabbling and charm, the Libra is a tool of judgement-not on our own behalf, but as an expression of the chaos of life trying to find that place of harmony.