“Andy was a Catholic, the ethic ran through his bones/

He lived alone with his mother, collecting gossip and toys/

Every Sunday when he went to church/

He’d kneel in his pew and he’d say/

“It’s just work, all that matters is work.”

-Lou Reed, from Songs for Drella

It’s true. Pop artist Andy Warhol, the legendary, ironically blank scenester, was also a devoutly religious man. He attended church faithfully, volunteered in soup kitchens, and made a late body of Christian themed works that have been largely overlooked by the hostilely secular art world.

As a person of faith, Warhol used his artistic skills to celebrate Christmas. Before Andy found fame in the gallery scene, he was a successful commercial artist. From 1956-1962 he produced box sets of Christmas cards sold by Tiffany’s. He rendered these as quirky doodles, far removed from the slick screen  prints he’s known for.

Here are just a few examples of Warhol’s holiday spirit. 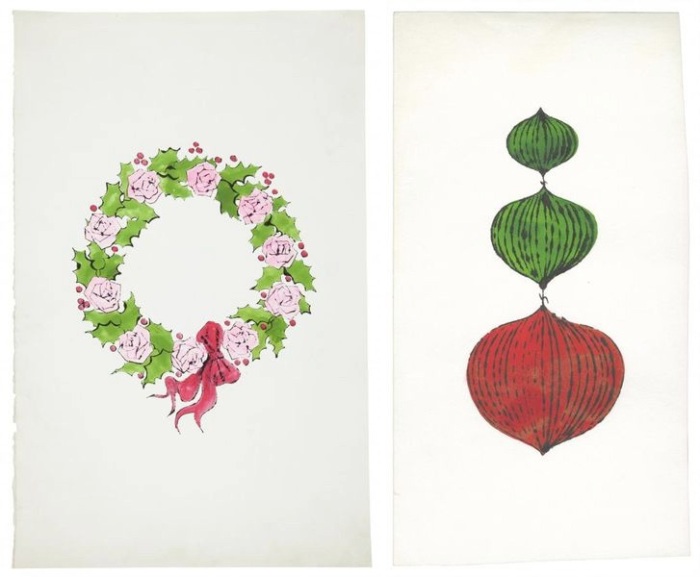 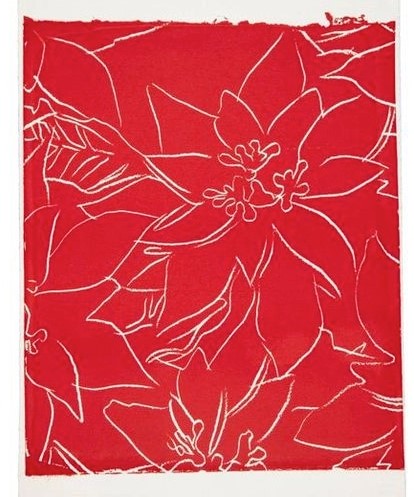 As I state in my book, Remodern America: How the Renewal of the Arts Will Change the Course of Western Civilization, Warhol left a mixed legacy:

“As the prophet of the Postmodern, Warhol was another harbinger of the mess of a culture we are currently slogging through. It’s not his fault. Do you blame a reporter for the news he covers? The cultural traits Warhol portrayed didn’t start with him. He fulfilled the role of the artist giving us foresight into the culture’s momentum.”

Maybe a Little Too High Spirited

But I like to think behind the facade of celebrity and detachment, there was the real human Andy, who celebrated Christ’s birth with sincere joy.

I don’t fundraise off of my blog. I don’t ask for Patreon or Paypal donations. If you’d like to support the Remodern mission, buy a book. Or a painting. Please send any inquiries to info@remodernamerica.com. Thank you!

© Richard Bledsoe 2019. Unauthorized use and/or duplication of this material without express and written permission from this blog’s author and/or owner is strictly prohibited. Excerpts and links may be used, provided that full and clear credit is given with appropriate and specific direction to the original content.